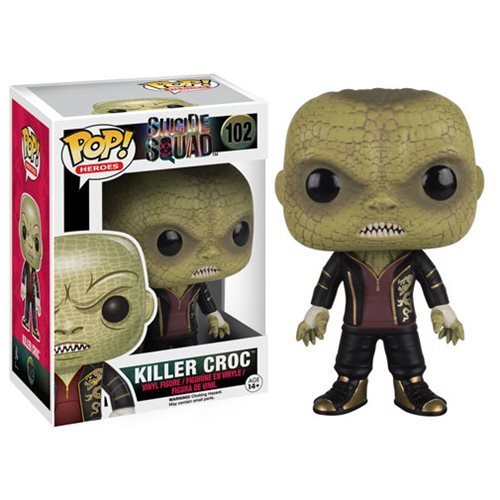 Assemble a team of the world's most dangerous, incarcerated Super Villains, provide them with the most powerful arsenal at the government's disposal, and send them off on a mission to defeat an enigmatic, insuperable entity. Psycho meets vinyl with the Suicide Squad Pop! Vinyl Figures! From the film Suicide Squad, Killer Croc is armed at the teeth and ready for battle. Collect them all for the ultimate deadly team. This Suicide Squad Killer Croc Pop! Vinyl Figure measures about 3 3/4-inches tall and comes packaged with a window display box. Ages 14 and up.

Payment when item becomes available and ready to ship.

We ship via LBC.

Estimated rate will depend on your location, box dimension and weight of the package.

We ship Internationally kindly send us an email at bbtsonline@gmail.com for a quotation

Save this product for later
Display prices in: PHP