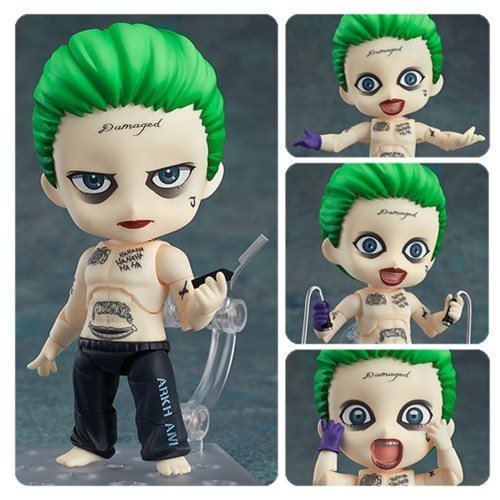 One of the most popular DC Comics villains becomes an adorable Nendoroid! Cute meets psychotic with this Suicide Squad Joker Nendoroid Action Figure. The maniacal expressions of the Joker have been faithfully recreated in Nendoroid style, but introduce a realistic style to the line. He comes with three face plates including a smiling expression, a shouting expression, and a glaring expression. This fully articulated character also features electroshock tools and a razor, allowing you to pose him the way you like. The Joker comes alive with extra details like his purple glove and the various tattoos on his body and face. Much like the Joker's bizarre personality, this particular figure features slightly longer hands and feet compared to standard Nendoroids, giving him a freakish feel. Add some crazy to your Nendoroid collection with this Suicide Squad Joker Nendoroid Action Figure. Measures slightly under 4-inches tall.

We ship via LBC.

Shipping cost to be paid when item becomes available and ready to ship.

Estimated rate will depend on your location, box dimension and weight of the package.

Save this product for later
Display prices in: PHP